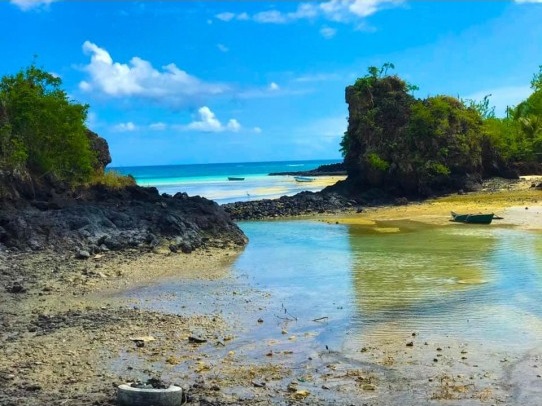 With numerous travels to France as I continue learning about the art of perfume making, it occurred to me that this nation made the most of its international conquest and became #1 in the perfume world through access to resources of the islands (and countries) it ruled.

Today France has 24 islands, with its largest being New Caledonia’s mainland to 112km2 Ua Pou in French Polynesia.

Madagascar is world’s exclusive sourcing location for the best-in-class vetiver, vanilla, clove and pepper which are widely used in perfumery. Madagascan vanilla is the super star of the perfume world as well as in the gourmet cuisine worldwide. And France has an absolute control of its distribution.

If you are a fan of Vanille Fatale by Tom Ford, Mancera Coco Vanille or Tropical Wood For Men by Montale, you are most likely the fan of the island’s vanilla, which goes to France to come to you in a bottle of your favorite scent.

Comoros Islands are 12th in the world in vanilla bean production, not bad for a tiny island. It is also the main producer of ylang-ylang, which is so valuable in perfumery (even though it is not a native plant of the island).

Vanilla and ylang-ylang are the island’s only two exports, and France fully benefits from overseeing the island and advancing its perfumery business.

Legendary Chanel #5 was born due to raw materials from the Comoros Islands. Similar to J’adore In Joy, Amouage Opus VIII and J’Adore by Christian Dior.

Tahiti is home to Tahitian gardenia or Tiare flower, which is endemic to the island and is the national flower of the island. Only royalty used to be allowed to own and harvest Tahitian gardenia in the past. Today all the raw material goes to France, it is estimated that over 100 million flowers are harvested every year.

Clive Christian’s X Feminine, Nina Ricci’s L’air du Temps for Women, Jour d’Hermes are among the few scents that let you enjoy the beauty of Tiare flower today. Talmira Perfumes will be having Tiare Praline scent by the end of this year featuring this fragile beauty.

La Reunion is another island that supplies vanilla for French perfumery, namely Bourbon vanilla, which is considered to be the best in the world. It was introduced to the island at the beginning of 19th century, when a young slave discovered the process of manual fertilization of this orchid which originated in Mexico. The small island is 10th in the world in vanilla bean production. Naturally France makes the most of this incredibly popular in perfumery raw material.

It is also home to a Bourbon rose, a hybrid of Damask and Rosa chinensis, which were brought here by the French. TFK War of the Roses, Diptique Eau Duelle Eau de Parfum, Rose Bourbon by Princesse Marina De Bourbon are the fragrances that come to mind.

Seychelles or the Vanilla Islands of the Indian ocean is another major exporter of vanilla beans and oil. It is widely used in Seychelles-made perfumes (ie Bonjour by Alfonzo Zaccari or Kreolfleurage Parfums), so the visitors can take back the scent of the islands. And if you’ve never been there, you can indulge in Seychelles home scent collection by The White Company.

Just reading about those scents and places makes you dream of a holiday, right? I hope you can do so and make the most of your summer.

Sorry, the comment form is closed at this time.